Palo Municipal Hall (Before and After) 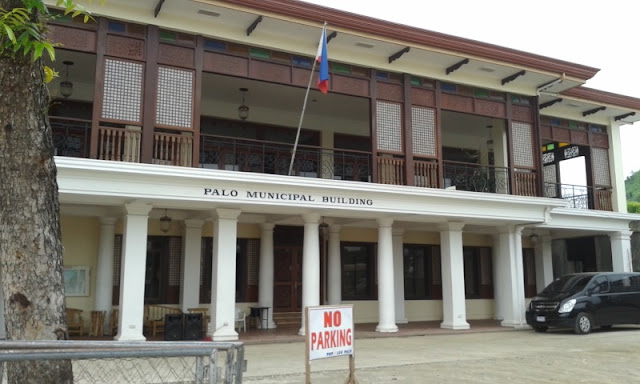 An After look at the newly restored Palo munisipyo. As opposed to the photo below the day Yolanda (Haiyan) hit the Visayas. The photo below was right after the winds calmed down a bit and people started moving around with dazed looks. 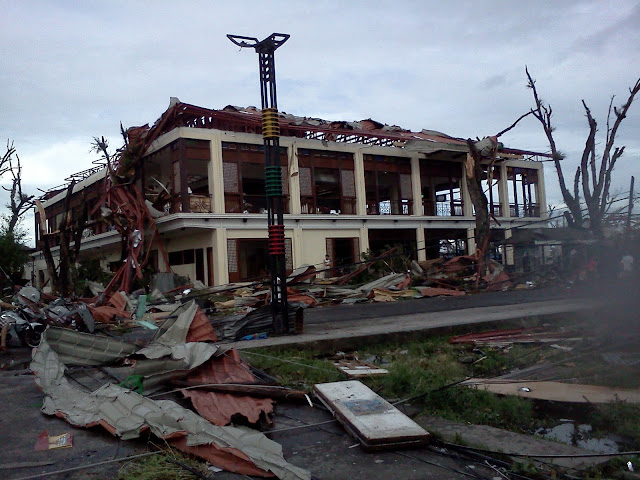 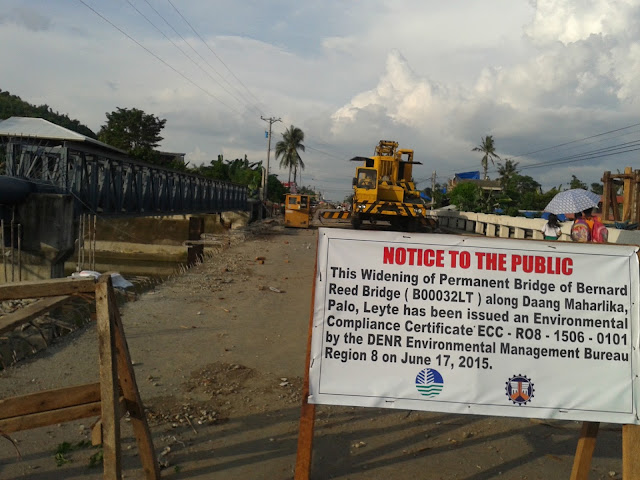 The bridge connecting Guindapunan and Palo town proper is under construction. Once it is finished sometime in a very vague future, it will have four lanes. Big improvement from its humble beginnings as a bamboo bridge. Maybe even a rope bridge?

Meantime motorists and commuters take the diversion road at Salvacion leading to McArthur Park and the government center. Longer trip along with the big 10-wheeler trucks. Today I decided to take a look at the speed of the construction. I have to report that after almost 2 months they have finally been able to demolish the railing on one side.
at October 09, 2015 No comments:

The Cathedral's history on stone 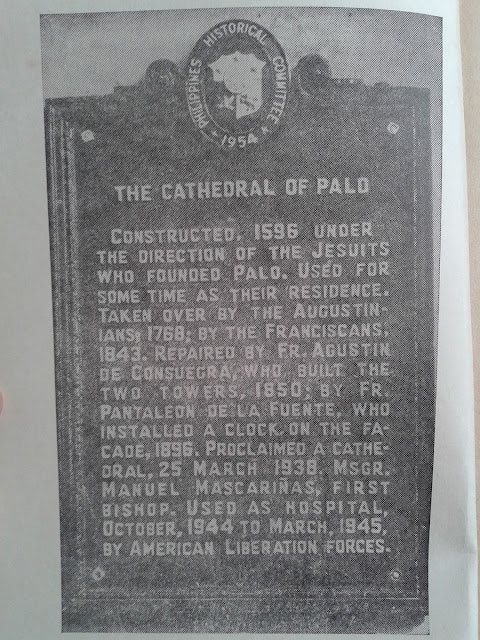 I got this picture from the book Palo: Twice Capital of Leyte edited by Vicente I. de Veyra in 1971. The marker tells the historical restorations that the Cathedral underwent through the years. I'm not sure where this marker is now. I only have a vague memory of its location. I'll check when I can. (Obviously I am not a Sunday church person!)
at October 08, 2015 No comments:

This is the new Palo Cathedral rebuilt after supertyphoon Yolanda (Haiyan). I've not been inside since but I've gone around the park where the mass grave for some of the Palo Yolanda victims are buried. Photo of that in future posts.

I was about to archive this blog but saw visitors still stumbling here probably through searches. I stopped posting here officially when Tacloban became a charter city.  But I still posted from time to time. So that's what I'm going to do now. Post a photo when I get one, but not anymore daily and as usual, not necessarily of Tacloban. Im keeping the name though even if a lot has changed since then. Including the ability to post directly from my phone!
at October 07, 2015 No comments: 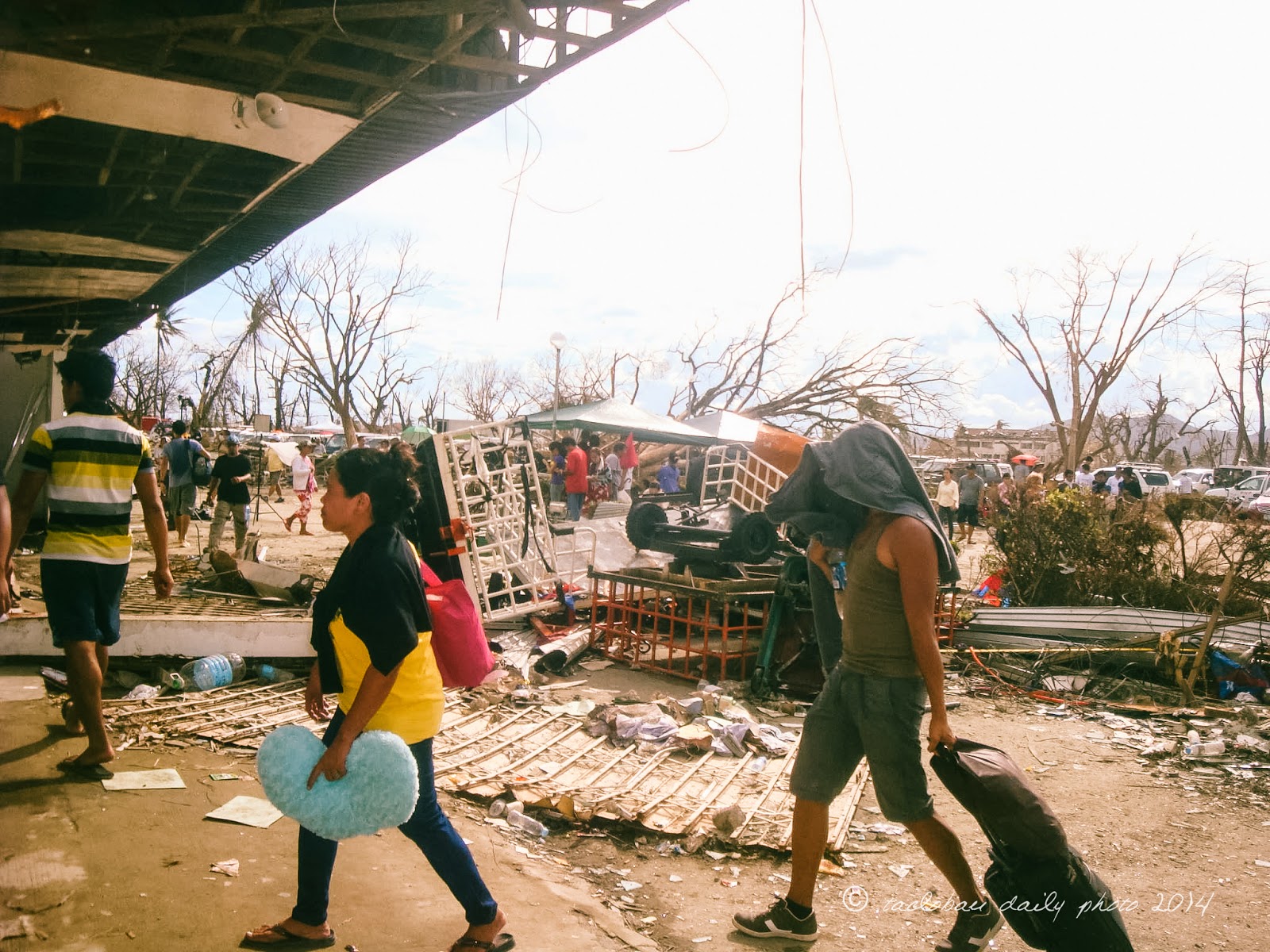 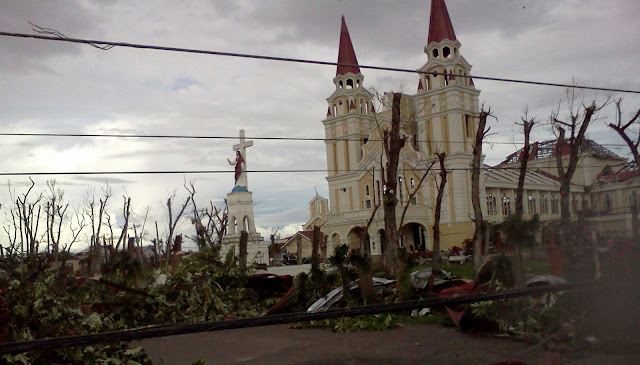 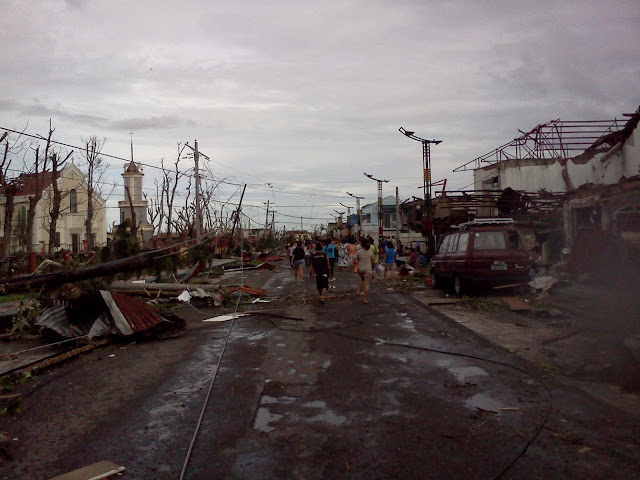 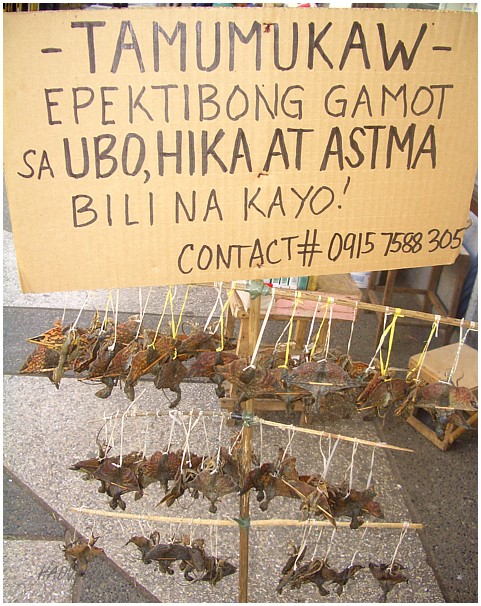 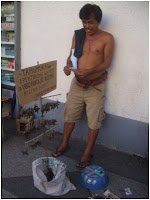 I was walking downtown and passed by this street vendor selling this. I glanced at the sign and said in my head, "tamumukaw.. tamumukaw.. tamumukaw". After passing two shops, I did a doubletake and said to myself, "tamumukaw??" I went back and asked the guy if I could take a photo. I also asked him what a tamumukaw was. It turned out, it's a flying lizard that's a cure for asthma and cough. I asked how it's eaten, he said you just nibble on it. But he was laughing so I asked if he would eat one. He said, only if I eat one too. It's true though, kids with asthma get to eat this lizard and it's believed they're cured of asthma forever. The tamumukaw is hard to catch, but it's not an endangered species yet. The catching of this is allowed by the DENR since it's used for medicinal purposes, but vendors need to have a permit to catch and sell the flying lizards.
at November 18, 2009 9 comments: 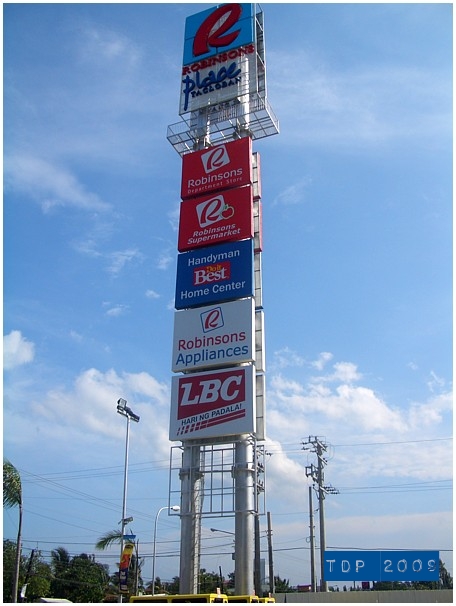 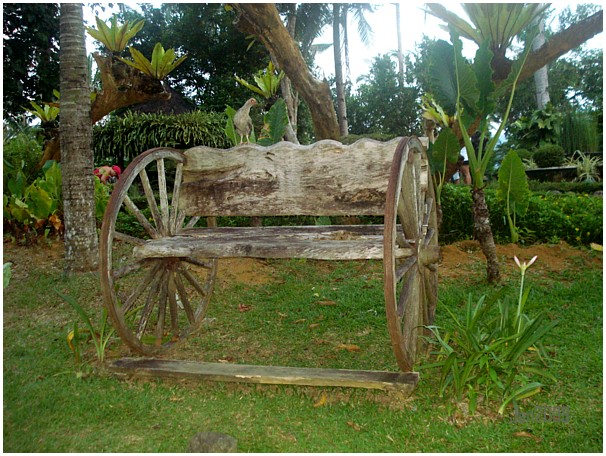 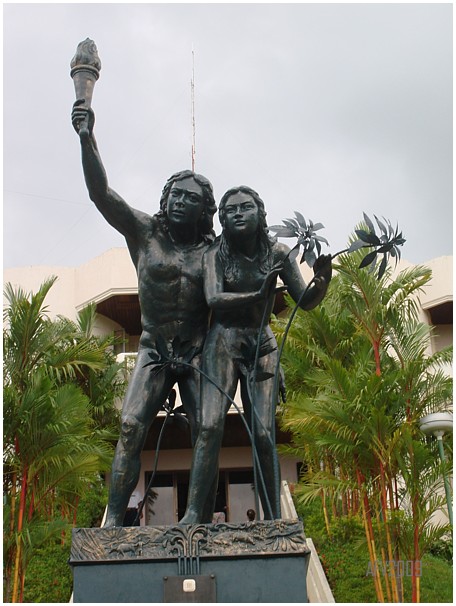 Philippine legend says that man and woman came from inside a bamboo that was split open by a lightning. They were called Malakas (Strength) and Maganda (Beauty). Notice how they were both created AT THE SAME TIME. I guess that's why we've had 2 women presidents already. Women are matriarchal and influential in our society. And the men are just as macho.
at October 27, 2009 3 comments: